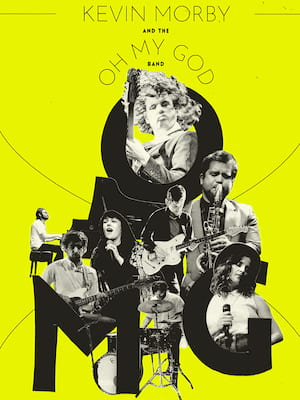 Morby's City Music listens like a glimpse into his most private memories of being a city dweller, falling in love with a place and having his heart broken by it simultaneously. His record, and in turn, his live show, sets an entrancing mood.

In the mid 2000s Kevin Morby left his native Kansas City for the vibrant streets of Brooklyn, initially making a name for himself as the bassist for noise folk stalwarts Woods and frontman of indie rock outfit The Babies. In 2013, Morby released his first solo album Harlem River, a departing love letter to the Big Apple that preceded a move to the bright lights of Los Angeles, a city that his since shaped the blossoming alternative indie sound of his subsequent albums. The gifted singer songwriter returns to the road to tour his brand new album, Oh My God.

Blending a sense of hopeless optimism and a twilit atmosphere that points towards some of the best song writing of Morby's career, City Music is a captivating compilation that picks up on Harlem River's themes of romanticising the dystopia of big cities and the poetry that exists in even the filthiest of gutter-lined boulevards and back alleys. Subtle and gentle, but never without energy, the album makes for an arresting live show over which Morby presides, conjuring  slow-burning musical memories and mesmeric reveries with a laid back drawl and free flowing guitar riffs.

Sound good to you? Share this page on social media and let your friends know about Kevin Morby at Texas Theatre.