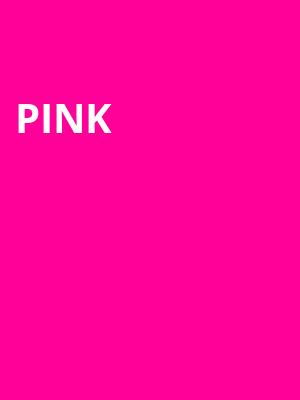 One of the most compelling pop stars of the 2000s!

Multi Grammy-Award winner P!NK will return to the road in 2023 on her biggest trek to date, the 'Summer Carnival' Tour! With special guests; Brandi Carlile, Pat Benatar & Neil Giraldo, Grouplove and DJ KidCutUp, this latest jaunt is set to be another spectacular live show from the singer, featuring some of her most iconic tunes, alongside brand new ones such as November 2022's 'Never Gonna Not Dance Again'.

Although P!NK's performance origins began in 2001 with an R&B girl-band called Choice, she found her true success as a solo pop artist. Her rock-chic persona and belting vocals match her often provocative lyrics perfectly, making her one of pop music's edgiest acts. Since her debut P!NK has released eight studio albums, one greatest hits album, sold over 42 million albums, over 75 million singles, more than 2.4 million DVDs worldwide and has had eight number-one hits!

Don't miss out on seeing the legendary P!NK, she truly puts on a show - you don't want to miss it!

Last night was the first Pink concert I've been to. She is an amazing... more

This was my first time seeing Pink in concert. Even though our seats... more

Sound good to you? Share this page on social media and let your friends know about Pink at Globe Life Field.