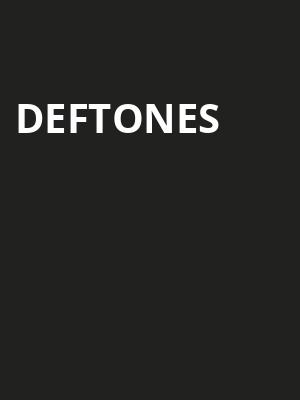 "Some of the biggest bands in the world consider them the blueprint of how a band should evolve."

An exciting year ahead for the invincible deftones

The mighty, mighty Deftones have proven themselves to be one of the most durable bands of the great 90s nu-metal rush, spending the last two and a bit decades relentlessly touring, releasing new albums, and continually working on their sound to keep their fans engaged and inspired. In 2020 they're taking to the road again, this time joined by French metal band Gojira and cult YouTube sensation Poppy.

Fans will be happy to hear that the tour will come alongside a new studio album! It will be the band's first release since 2016's Gore. Despite continually adapting their sound, the Deftones are sure to mix their original hits in with singles from their latest album on all tours, giving the fans an intro to new material as well as unleashing some of their gloriously heavy past. Expect mosh pits, yes, we mean plural.

Sound good to you? Share this page on social media and let your friends know about Deftones at Pavilion at the Music Factory.