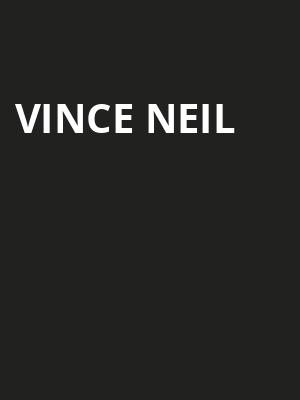 This legendary frontman of Motley Crue, is an international superstar, accomplished businessman and heartfelt philanthropist. His unmistakable voice leads some of the greatest rock songs of a generation.

The Voice of Motley Crue's Hits Heads on Tour

Motley Crue are one of those bands whose music will be felt for generations, and lead singer Vince Neil will keeps the legacy alive with his awesome solo tour. Performing the band's unforgettable hits, this tour celebrates classic rock and is for old fans and new fans alike.

Forming in Los Angeles in 1981, Motley Crue went on to become one of the best selling and most successful bands of all time as they sold 100 million albums worldwide, had seven platinum or multi-platinum certifications and nine top 10 albums on the Billboard 200 chart.

This tour will commemorate the iconic band and their legacy through memorable songs including 'Looks That Kill,' 'Girls, Girls, Girls,' 'Shout at the Devil' and 'Same Ol' Situation.'

Sound good to you? Share this page on social media and let your friends know about Vince Neil at Choctaw Casino & Resort.