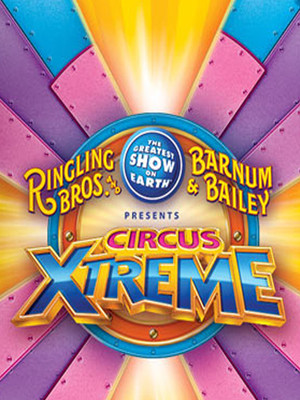 Don't miss the final performances of this iconic circus!

ROLL UP! ROLL UP!

Come one, come all... the Ringling Brothers Circus: Circus Xtreme is rolling into town! This world-famous circus has been astounding audiences across the globe for over a hundred years but will perform its last ever dates in 2017. Ever since the Ringling Brothers and Barnum & Bailey circuses merged their travelling shows in 1919, the legendary circus has more than earned its moniker of The Greatest Show on Earth. The show packs in every single type of circus performance that you can think of, forming a spectacular cavalcade of clowns, trapezists, gymnasts, and escape artists.

Circus Xtreme brings Ringling's show right up to date with the inclusion of hugely talented parkour runners and BMX-riders, alongside classic acts like the trapezists The Danguir High Wire Troupe, and Nitro Nicole - The Human Cannon Ball.

Now, the human performers can undoubtedly pull off some pretty spectacular stunts, but without a doubt the true stars of the show are The Ringling Brothers' animals. The circus has a whole menagerie of other beautiful creatures including 16 Bengal tigers, under the tutelage of Chilean wrangler Tabayara Maluenda, and six two-humped Bactrian camels.

Suitable for all the family. Please be aware that while most venues will allow children under 2 to be admitted for free, some venues require all patrons, regardless of age, to have a ticket. Please check with your local venue directly.

Two hours, including a 15 minute intermission

Some towns have placed a ban on performing animals. In these instances, the show will perform in these locations with only human performers. Please contact the individual venues directly for more information.

Sound good to you? Share this page on social media and let your friends know about Ringling Bros. And Barnum & Bailey Circus at American Airlines Center.