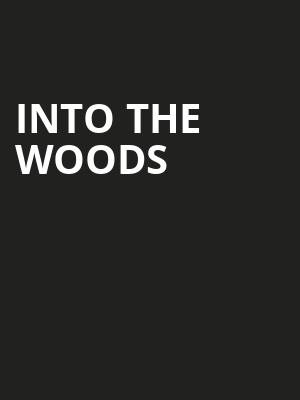 Truly Enchanting...Each performance - and I'm reluctant to single out individuals - brims with wit and magnetic feeling.

Why See Into The Woods?

Not All Fairytales Have A Happy Ending

A darkly witty show, Into the Woods delves into the fairytale world created by the Grimm brothers. With cameos and vignettes by Cinderella, Jack (of the beanstalk), Little Red Riding Hood, Rapunzel and more making an appearance in the tale of a simple baker and his wife, who have been cursed by the Wicked Witch. As the plot unfolds, we see the consequences of a wish and how they can start of being everything you ever dreamed of, and evolve into the reason for your despair.

A much-cherished entry in the Broadway canon, Into The Woods first appeared on Broadway in 1986 starring Bernadette Peters and has been revived many times since; it even saw its transfer to the big screen starring Anna Kendrick, Johnny Depp and Meryl Streep.

The moral of this story? Sadly we all must come to terms with growing up, and happily ever after was only ever just a story.

Two hours 30 minutes with one intermission

A stunning, fresh and innovative version of the classic Into The Woods... more

I saw this play as it started it's tour in Tampa, FL last month. Sight... more

Sound good to you? Share this page on social media and let your friends know about Into The Woods at Winspear Opera House.