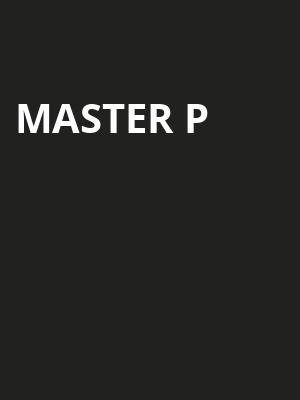 Master P heads out on tour!

Iconic rapper Master P is heading out on tour! Prolific throughout the 90s and early naughties Master P is one of the most influential artists of the genre and was listed as one of BET's "Most Influential Rappers of All Time". Don't miss your chance to hear iconic tracks like "I Miss My Homies", "I Got The Hook Up!" and "Make 'Em Say Uhh!" live in this rare performance!

Releasing his debut album in 1991 ("Get Away Clean") Master P first rose to popularity with his 1996 Platinum-certified release, "Ice Cream Man". Throughout his 20-plus year career, the hip-hop extraordinaire has released a total of 24 albums, with no sign of slowing down!

Sound good to you? Share this page on social media and let your friends know about Master P at Verizon Theatre.