Sorry! You missed Bill and Gloria Gaither at Verizon Theatre 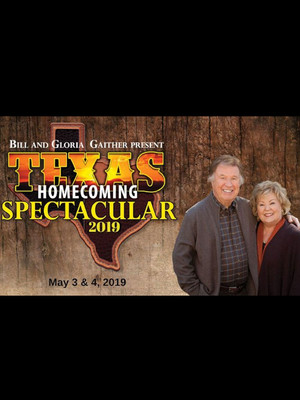 Why See Bill and Gloria Gaither?

Two of 20th century Christian music's founding artists, Bill and Gloria Gaither fuse praise and worship music with a distinctly Southern country twang. Leader of the Bill Gaither trio in the 70s, Bill enjoyed a second wave of success in the 90s thanks to the inauguration of the Gaither Homecoming concerts and series recorded videos, which were based on the soaring gospel songs written by his wife and himself. The dynamic pair invite audiences to the Texas Homecoming Spectacular 2019, a festival spread out over two special days that features a bursting roster of Christian contemporary artists.

Of course topping the bill will be the Gaithers themselves! Surrounded by familiar faces and friends, many of which are Southern Gospel music icons as well as younger, up and coming performers, soloists and acts that have recently signed to the Gaither Music Group, the husband-and-wife duo also take the time to reminisce about their storied careers and remember artists that have passed on. Past special guests include The Speers, The Cathedrals, Buck Rambo, Eva Mae Lefevre, J.D. Sumner & the Stamps, James Blackwood and Jake Hess.

Sound good to you? Share this page on social media and let your friends know about Bill and Gloria Gaither at Verizon Theatre.