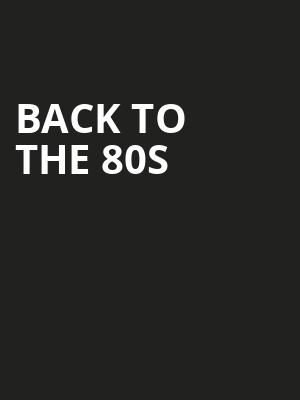 A host of greats who brought hip-hop into the mainstream

A flock of seagulls, men without hats and many more!

It may have been the decade of legwarmers and bad hair, but the Eighties also gave us some incredible music. Hip-hop, rap and New Jack Swing came of age, storming into the mainstream charts, and some of those musical pioneers are back together for this special Back To the 80s tour. Topping the bill are A Flock of Seagulls, Men Without Hats, Dramarama, Stacey Q, Missing Persons, The Flirts, Animotion, Tommy Tutone and Anything Box.

You can dance if you want to, you can leave your friends behind - Men Without Hats rose to the top of the 80s with 'The Safety Dance' when it became a worldwide Top Ten hit! Sharing the stage with them, and many more, will be A Flock of Seagulls who had a reign of international hit singles including 'I Ran (So Far Away)' and won a Grammy Award in 1983 for 'D.N.A'

Sound good to you? Share this page on social media and let your friends know about Back to the 80s at Verizon Theatre.