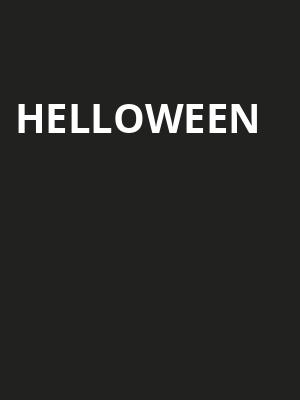 Well the short answer is that they didn't just meet expectations, they exceeded them - this was the best Helloween show I've seen and has to be one of my top gigs of the year.

Experience the fire and fury of one of the greatest power metal bands to emerge in the 80s during Helloween's latest tour with special guests HammerFall! The German metal legends are hitting the road with original founding members Michael Kiske and Kai Hansen joining the line-up, bringing their heady blend of voracious speed, head-banging thrash and psychedelic prog metal along for the earth shattering ride.

Formed in the early 80s in Hamburg by former members of the bands Iron Fist and Gentry, the quintet quickly rose to the forefront of the international scene, hailed as the originators of the power metal genre. After three decades of touring, releasing and inciting mosh pits wherever they roam, the hard rocking outfit have still got the energy necessary to bring their riff-laden, pounding anthems to the stage, leaning towards the theatrical in their fun live shows. Expect flaming licks and the roar of Michael Kiske's soaring prophet-like vocals punctuated by confetti canons and even raining balloons!

Sound good to you? Share this page on social media and let your friends know about Helloween at The Factory in Deep Ellum.