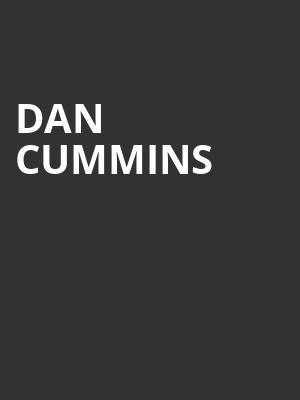 Relatability is a comedian's ace, which is so much of what makes Dan Cummins' stand-up a joy to watch.

Comedian and podcaster hits the road

Stand-up comedian and host of the hugely popular Timesuck podcast Dan Cummins is on the road again, bringing his unconventional takes on life to stages across America! Known for his brilliant stand-up appearances on Comedy Central, The Late, Late Show, The Tonight Show With Conan O'Brien and at comedy festivals throughout the country, Dan's routines are full of outrageous anecdotes and bizarre observations.

Beginning his stand-up career in 2000, Dan's success in the world of comedy has included multiple comedy albums released by Warner Bros Records, with his fifth album Don't Wake The Bear being named in the year's top-10 albums by Sirius/SM. He also co-hosted over 200 episodes of The Playboy Morning Show and since 2016 has hosted the Timesuck podcast, an amusing weekly exploration of topics sent in by listeners.

Sound good to you? Share this page on social media and let your friends know about Dan Cummins at Texas Theatre.