Sorry! You missed Rick Ross at House of Blues 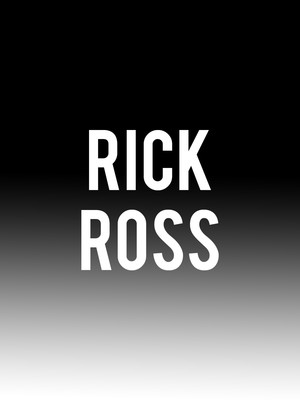 The Man behind Hustlin' Hits The road!

Join the one and only Rick Ross as he hits the road with his Rick Ross Live Concert. Known for single-handedly putting Miami on the map of contemporary hip hop and RnB, the tattooed rapper grew up in the city's poorest areas, falling prey to the drug scene before pulling himself out of poverty by making music that draws on his experiences on the streets.

One of the biggest players in the game (not only concerning his stature and commanding presence), Ross' debut single Hustlin' was 2006 biggest smash hit and was later certified platinum. The single's success pushed him firmly onto the radar of rap's heavyweights, influencing collaborations with Jay-Z, R Kelly, Lil Wayne and Diddy. Now he's riding high with new album Black Market on the way, so expect new material!

Sound good to you? Share this page on social media and let your friends know about Rick Ross at House of Blues.