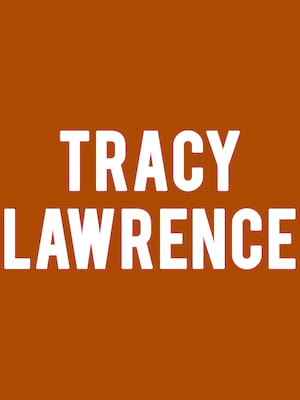 Tracy Lawrence has managed to stay true to his contemporary country and honky tonk sound, and fans continue to flock to his shows, selling out venues.

Country music singer Tracy Lawrence has been performing music since the age of 15 and now with 16 studio albums behind him, is one of the country's most recognizable artists of the genre. Tracy has sold over 13 million albums across the globe and charted on the Billboard Hot Country Songs charts more than 40 times with eight songs hitting the number one spot. This year, he embarks on a nationwide tour.

Tracy's latest album 'Made in America' released last year was labeled a project that "sure beats the hell out of whatever they're playing on country radio today" by music blog Saving Country Music. It was hailed as an album that "pays homage to the hardworking men and women that make up the fabric of this country" by blog Sounds Like Nashville.

Sound good to you? Share this page on social media and let your friends know about Tracy Lawrence at Choctaw Casino & Resort.