You can catch Margaret Cho at Crest Theatre in Sacramento, showing Oct 30, 2020

Margaret Cho is also touring to: 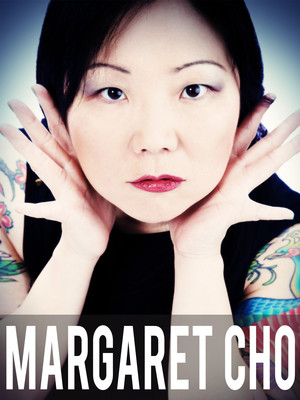 She is gross. She is candid. She is sad. She is quick and she keeps it real. We need Margaret Cho and we are lucky to have her.

As a bisexual, American Korean, Margaret Cho has some claim on the title of 'Patron Saint of Outsiders'. Never less than searingly honest, she speaks to people of all persuasions, especially those that enjoy expertly constructed dick and STD jokes. Her routines blend scatological humor and social commentary in such a deft, big-hearted delivery that even her filthiest material feels like a warm hug.

Born in 1968, Cho's star has risen constantly over the years, from cult icon to bona fide modern-day comedy titan. Alongside her stand up, she's been a constant presence on the big and small screen as well, with roles in 17 Again, 30 Rock and Drop Dead Diva. Her Mother tour birthed a Comedy Central special of the same name, and now she's heading out on the road again!

Sound good to you? Share this page on social media and let your friends know about Margaret Cho at Addison Improv Comedy Club.