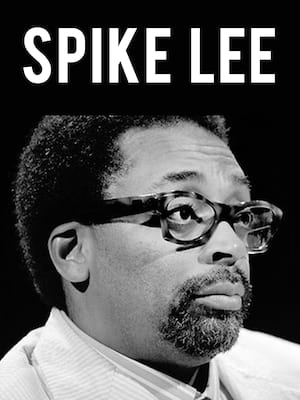 He's a visionary, a trailblazer, a provocateur and a true American original. He's made more than two dozen films across nearly every genre, and all of them have been completely different.

Spend an evening in the company of film pioneer and provocateur Spike Lee, set to speak about his extraordinary life and career as part of the Winspear Opera House's Hearhere speaking engagements series. From biopics to documentaries, war films to musicals, satires to heist movies, Lee has left his indelible mark on the cinematic landscape with his signature vibrant visuals, palpable passion and bold attitude.

Born in Georgia but raised in Brooklyn, Lee made his first film whilst enrolled at Atlanta's Morehouse College before returning to the Big Apple and Tisch School of the Arts. Over the course of four decades, his career has expanded to encompass the roles of producing, writing and acting alongside directing. Highlights of his considerable catalogue include Do The Right Thing, Malcom X, He Got Game, Inside Man and most recently BlacKkKlansman.

Sound good to you? Share this page on social media and let your friends know about Spike Lee at Winspear Opera House.