Sorry! You missed In Conversation with Martha Stewart at Winspear Opera House 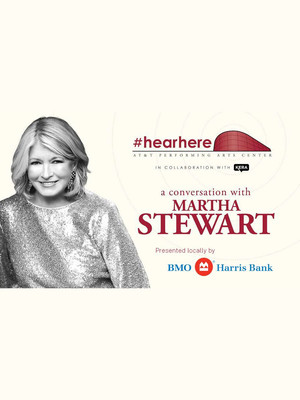 In Conversation with Martha Stewart

Why See In Conversation with Martha Stewart?

The fifth season of the AT&T Performing Arts Center's speaker series is serving up some sizzling conversation this spring, none spicier and more insightful than an enthralling one-night-only audience with lifestyle Empress Martha Stewart herself. Formerly a Wall Street stockbroker, Stewart uses her serious business smarts and affinity for renovation, arts, crafts and cooking to build her own empire, beginning with a catering business in the late 70s.

Following up the million dollar success of her gourmet menus and creative presentation style, Stewart expanded into  publishing with her best-selling debut Entertaining, a guide to putting on a range of perfect parties the revolutionised modern entertaining in the home. A myriad books and magazines later, Stewart's considerable reach extends to the realms of broadcasting, merchandising and e-commerce. She is the American Dream personified.

Sound good to you? Share this page on social media and let your friends know about In Conversation with Martha Stewart at Winspear Opera House.