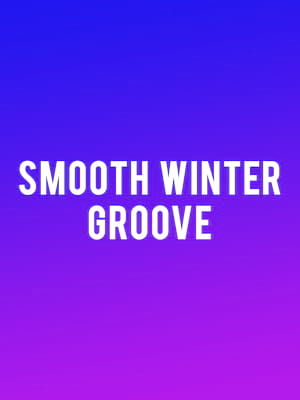 There's just something about Joe's velvet and soulful voice that catches the ear and the heart.

A Lineup From R'n'B's Golden Era

The Smooth Winter Groove concert will warm up the coldest time of the year with a compilation of some of the most stellar voices in soul music. Featuring live performances from Joe, Anthony Hamilton, Jagged Edge and Brownstone, Smooth Winter Groove presents a marvelous evening of music from R&B's golden years.

Seven-time Grammy nominee Joe has released 13 albums over the course of his career and became internationally known and praised for his 2000 hit album 'My Name Is Joe' which hit the number 2 spot on the US Billboard 200 chart and charted across the world. Famous for hits such as 'Let's Get Married, 'Where the Party At' and 'Walked Outta Heaven,' Jagged Edge are '90s superstars who are known for their heartfelt and soulful love songs.

Sound good to you? Share this page on social media and let your friends know about Smooth Winter Groove at Verizon Theatre.