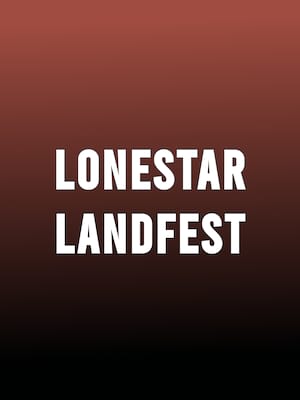 The best of Folk, Country and Bluegrass MUSIC

In May Lonestar Landfest comes to The Theatre at Grand Prarie, bringing a bill of some of the best in American folk, country, bluegrass and rock music. Headed up by the legendary Alison Krauss and country rock heroes Nitty Gritty Dirt Band, the festival will also see performances from Steve Earle, Jerry Jeff Walker, Yonder Mountain String Band and more.

Singer and musician Alison Krauss first gained popularity in the 90s leading the Grammy-winning combo Alison Krauss And Union State, but it was her performances on the soundtrack for the 2000 film O Brother, Where Art Thou which truly catapulted her to worldwide fame. Since then Krauss has gone on to win a total of 27 Grammys (the third highest behind only Quincy Jones and Georg Solti) and released a joint album with Robert Plant in 2007. Nitty Gritty Dirt Band are a stalwart of American music, whose classic 1972 album Will The Circle Be Unbroken featured guest performances from many of the most recognisable icons of American folk and roots music. Country music legend Jerry Jeff Walker is the man behind classic hit Mr Bojangles (which Nitty Gritty Dirty Band famously covered) and singer-songwriter, actor and author Steve Earle is another multi-grammy winner, recognised as a leader of the American folk-rock and country movements - his songs having been covered by Willie Nelson and Johnny Cash among many others.

Sound good to you? Share this page on social media and let your friends know about Lonestar LandFest at Verizon Theatre.