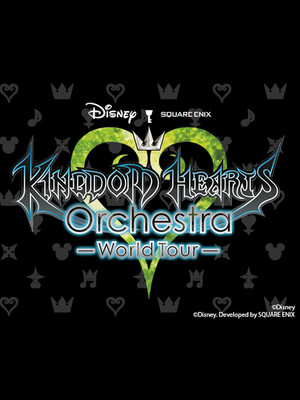 A night of nostalgic adventure awaits!

Unleash The Power Of The Keyblades

A cult favorite amongst avid gamers, the beloved Kingdom Hearts video game series pairs heroes and villains from the worlds of Final Fantasy and Disney in one epic adventure. After the game's 15th anniversary celebration in 2017, the Kingdom Hearts Orchestra is back for another year of magical music, bringing pixels to life on stage with selected scores from previously released games in the saga. According to word on the street, they will also be playing new material from the recently released Kingdom Hearts III.

Comprised of a 70-strong professional orchestra, the ensemble will perform a unique program vetted and overseen by game director Tetsuya Nomura and composer Yoko Shimomura. The soaring arrangement of popular scores, theme tunes and character songs will be accompanied by HD visuals, telling the tales of Sora, Donald and Goofy as they set out to rescue their friends from the evil clutches of the Heartless.

Sound good to you? Share this page on social media and let your friends know about Kingdom Hearts Orchestra at Verizon Theatre.