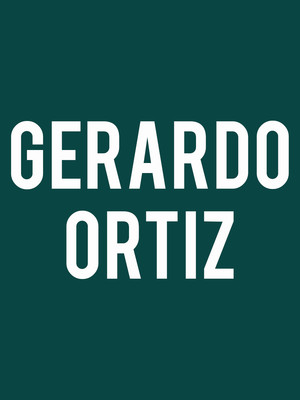 Two-Time Grammy nominee Gerardo Ortiz, first made an impact by revolutionizing the corrido genre. From there, he transformed Regional Mexican and Latin music, becoming a cultural and fashion icon in the process.

Gerardo Ortiz has dominated the Mexican music charts for years with his romantic and lively sound and will now tour the US. The American born artist has become well known for making his mark in the Regional Mexican genre.

Since his first live album, En Vivo Las Tundras, which was released in 2009, Gerado has received many accolades. A year after the album's release he received a Grammy nomination for Best Norteno Album for his debut studio album Ni Hoy Ni Maana.

Sound good to you? Share this page on social media and let your friends know about Gerardo Ortiz at Verizon Theatre.