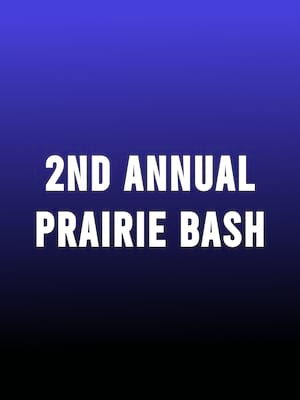 The annual Prairie Bash is back for its second year in Grand Prairie TX on June 27th, with a bill of country music greats including Lorrie Morgan, Joe Diffie, Diamond Rio and Mark Chesnutt. Taking place at the Verizon Theatre, don't miss this opportunity to kick back with some of the best the US has to offer.

Lorrie Morgan has been delighting country fans since her debut aged 13 at the Grand Ole Opry, performing with her father George Morgan. Since then she's had over forty songs enter the Billboard Hot Country Charts, with 3 of her albums attaining multi-platinum status. Diamond Rio's 1991 debut single 'Meet In The Middle' was the first ever debut to enter the Billboard Hot Country chart at number 1, while Joe Diffie is also no stranger to the country charts with 5 singles peaking at number 1. What better way to spend a summer Saturday than with all these stars in one place?

Sound good to you? Share this page on social media and let your friends know about 2nd Annual Prairie Bash - Lorrie Morgan at Verizon Theatre.