Sorry! You missed OneRepublic with The Fray at Toyota Stadium 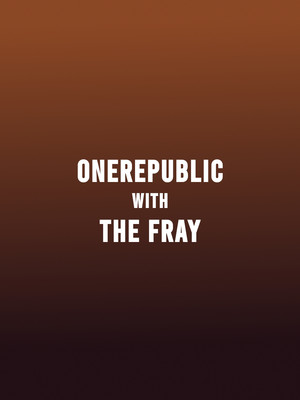 OneRepublic with The Fray

Why See OneRepublic with The Fray?

The 2019 National Soccer Hall of Fame Weekend will be closed by a set from Grammy-nominated pop-rock band OneRepublic, headlining the Toyota Stadium in Frisco, TX. Also featuring an opening set from platinum-selling Denver group The Fray, the evening is set to be a roaring end to the induction weekend.

OneRepublic's infectious brand of mainstream pop-rock has seen them chart at number 1 across the globe with hit singles such as 'Apologize' and 'Counting Stars', whilst their third album Native became their first top-10 on the Billboard 200. Openers The Fray have also had multiple Grammy nominations for their pop-rock hits such as 'How To Save A Life' and 'Never Say Never'. Grab your tickets for this incredible experience now.

Sound good to you? Share this page on social media and let your friends know about OneRepublic with The Fray at Toyota Stadium.