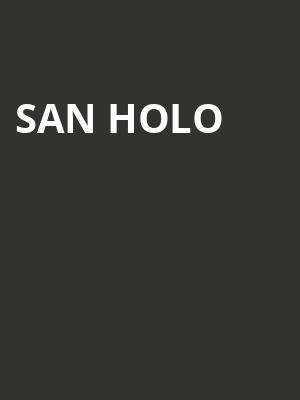 Sander van Dijick, commonly known as San Holo, isn't your everyday DJ and is rising in the electronic music scene. After putting his name on everyone's lips with his remix of Dr. Dre's 'The Next Episode' San has been are the forefront of his game. This year sees the release of his sophomore album 'bb u ok' which features an array of artists including Chet Porter, Mr. Carmack and more!

Though his contagious electric sound hasn't taken over the world just yet, his biggest hit 'Light' has given him the fuel to reach the top. His live shows are known for being next level, with them capturing the attention of EDM fans all over the world.

Make sure you don't miss out on this experience of a lifetime, the sound will be electronic - as will the atmosphere.

Sound good to you? Share this page on social media and let your friends know about San Holo at South Side Ballroom.