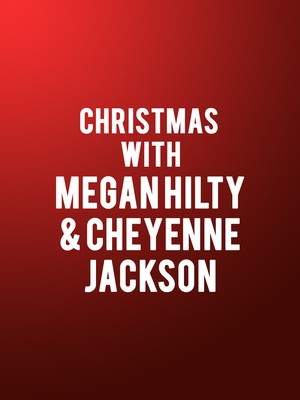 ...this is paired with a fabulous stage presence and self-effacing personality which exudes a genuine joy at sharing her stories and interpretations of well-known songs with the eager audience, often throwing in little waves and giggles.

If you're looking for a little extra festive sparkle this holiday season, look no further than an evening with Megan Hilty and Cheyenne Jackson! Backed by the world class Dallas Symphony Orchestra, the two dazzling performers will be pulling out all the big-band-swing-stops during powerhouse performances of Yuletide classics and Christmas carol favorites, so don your Sunday best and get ready for a glamorous celebration.

Broadway royalty Megan Hilty won over musical theater fans with stand out roles as Glinda the Good Witch in Wicked, Doralee Rhodes in Dolly Parton's 9 to 5: The Musical and Brooke Ashton in Noises Off, the latter of which earned her a Tony nomination. Her soaring dulcet tones will be perfectly matched by multi-talented stage and screen icon Cheyenne Jackson's sonorous timbre. Also rising through the ranks in the musical theater world, Jackson has also appeared in numerous films including the Oscar nominated United 93.

Sound good to you? Share this page on social media and let your friends know about Christmas with Megan Hilty & Cheyenne Jackson at Meyerson Symphony Center.