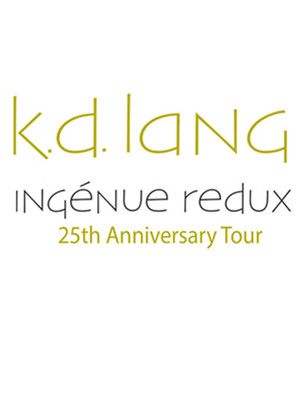 Kathryn Dawn Lang, known as k.d. lang, is celebrating the 25th anniversary of her critically acclaimed, Grammy-award winning album Ingénue, with a 19-city tour! Lang will be performing tracks off the platinum-selling record which was released in 1992.

Ingénue has more a cabaret flavor to it in-comparison to Langs' earlier country influenced work, and is her most successful album! Expect to hear tracks "Save Me", "The Mind of Love", the samba inspired "Miss Chatelaine", and the hit single "Constant Craving" which inspired The Rolling Stones' 1997 single "Anybody Seen My Baby?".

Make sure you don't miss out this ultimate celebration and grab your tickets now!

We were in the fifth row center - perfect seats to watch and hear a legend... more

Sound good to you? Share this page on social media and let your friends know about K.D. lang at Mcfarlin Auditorium.