Sorry! You missed A Oscuras Me Da Risa at Majestic Theater 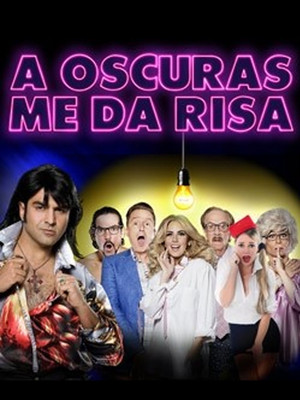 A Oscuras Me Da Risa

The affairs of a man, his wife, their butler and all of their lovers unravel with hilarious consequences!

Why See A Oscuras Me Da Risa?

The Spanish Language Dark Comedy Comes To The US

Based on the 1995 film of the same name, A Oscuras Me Da Risa (The Darkness Makes Me Laugh) steps from the screen and onto the stage in a brand new theatrical production by Luis Ernesto Cano. Promising non stop laughter, this farcical dark comedy features an all star cast made up of 'Maria De Todos Los Angeles' actor Ariel "Albertano" Miramontes, respected Mexican actor Daniel Bisogno (Never Again, The Beet), Cuban-Mexican TV star Raquel Bigorra, telenovela icon Armando Araiza and celebrated Latin American musician Benito Castro amongst others.

Centering on the messy love lives of a man, his wife and their butler, the madcap caper of a comedy ramps up over the course of a single night. Whilst they are initially suspicious of each other, they accept each other's alibis and invite their respective lovers over for an amorous evening. Misunderstandings and mistaken identities abound as hidden love affairs bubble to the surface, with riotously funny results. Plus, it's even harder to keep their liaisons secret when the president of the local neighbourhood's association shows up and starts poking around!

Seen A Oscuras Me Da Risa? Loved it? Hated it?

Sound good to you? Share this page on social media and let your friends know about A Oscuras Me Da Risa at Majestic Theater.