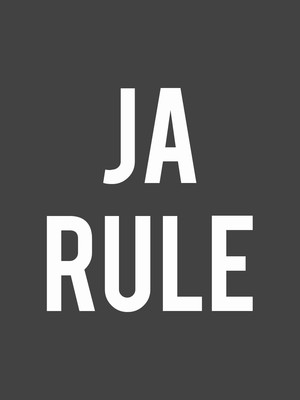 Ja Rule and Ashanti have officially made it to the post-aughts with their tried-and-true pop/hip-hop with an R&B twist, and it seems like there's plenty of room (and a sizable crowd) waiting for Murder Inc. to rule the radio again.

Having had major hits in the 2000s, New York native rapper Ja Rule is back with a country wide tour for all of the old fans and newcomers. The musician began making music in the late 90s before going on to have massive hits with songs including 'Always On Time,' 'Rainy Dayz' and 'Ain't It Funny.'

Ja Rule defined an era of catchy R&B, making music about love, conflict and relationships while collaborating with artists Jennifer Lopez, Ashanti, Mary J. Blige and more. His debut release 'Venni Vetti Vecci' came out in 1999 and hit number three on the Billboard 200 chart before going Platinum. After this, the rapper was no stranger to being placed in the top 20 of the U.S. Billboard Hot 100 chart. During this tour, he will also be joined by R&B superstar Ashanti, who joined forces with Ja Rule in the noughties, creating memorable rap/pop love songs.

Sound good to you? Share this page on social media and let your friends know about Ja Rule at Gas Monkey Live.