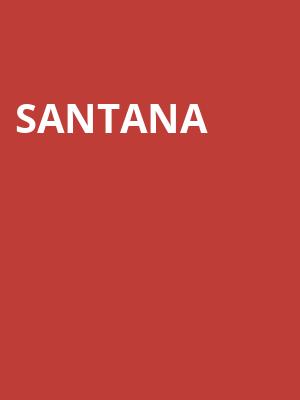 Carlos Santana was at his most eloquent and ethereal when he let his guitar do the talking.

Recognized as one of the greatest guitarists on the planet, Santana first came to public attention in the sixties as the founder of his eponymous band. A star turn at the 1969 Woodstock festival made their name and Santana has been throwing out licks ever since, either leading his band or as a solo artist. His career has had its ups and downs but was thoroughly revived in the late 1990s, with a series of collaborative albums with some of the world's biggest stars. Now, Santana will be bringing his greatest hits when he heads out on his tour with his full band and special guests Earth, Wind & Fire, titled the Miraculous Supernatural tour!

Released in 1999, Supernatural, which won an astounding nine Grammy Awards, boasted guest stars as diverse as Eric Clapton and Lauryn Hill, while 2002's Shaman once again blended Santana's soulful playing with the world of pop and hip hop, featuring the likes of Macy Gray and Dido. Don't miss Santana live once more!

Saw Carlos Santana and the band in the early '70's at Six Flags Over... more

Stu: “Santana was awesome yet again!”

I’ve been a Santana fan since the 70’s and have loved following his... more

Sound good to you? Share this page on social media and let your friends know about Santana at Choctaw Casino & Resort.